I like to give the Frogs a choice when it comes to writing.  This week they had the choice between using a template for adjective poetry, or writing their own ghost stories on tissue paper.  Lizard Breath chose to write a poem about Black Cats.   Her poetry frame looked like this: 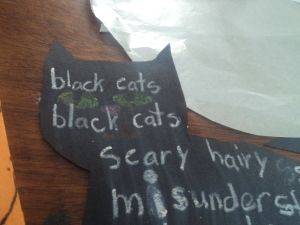 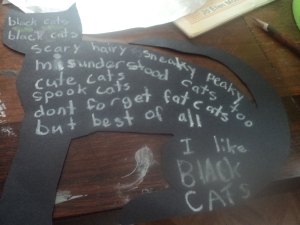 Then we had Ray Bear and Scoot.  They wrote Ghost Stories.  I took silver tissue paper and cut out ghost shapes.  They laid them over a sheet of notebook paper for lines, and wrote their ghost stories with a felt tipped pen (I wrote Scoot’s but she dictated).   Then they added ghost faces. 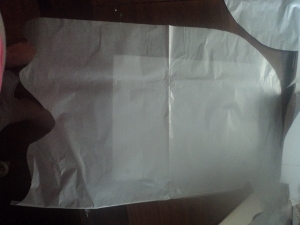 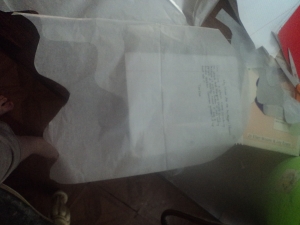 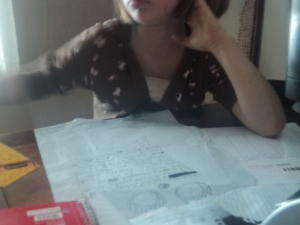